To receive our updates

Alex's "Cambridge Panorama" on the way to Ottawa

The Honourable Gary Goodyear, Minister of State, was presented by Cambridge Chamber of Commerce with  "Cambridge Panorama", a limited edition by Alex Krajewski during a CCC function at the Cambridge Holiday Inn, on Friday, April 17th, 2015. 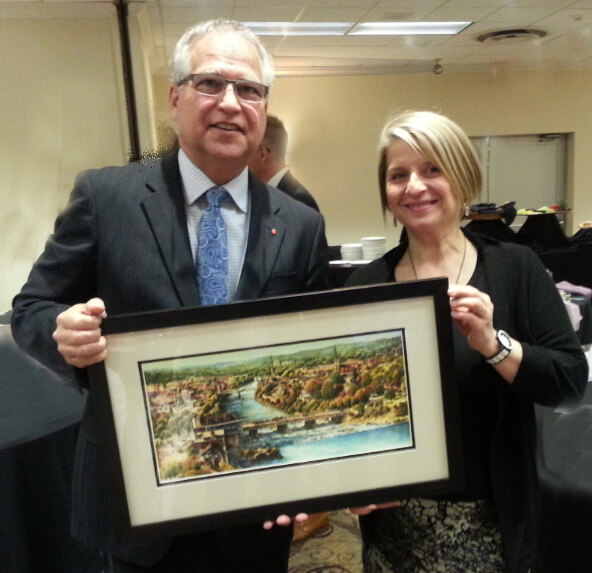 Below are a few pics from the ceremony. 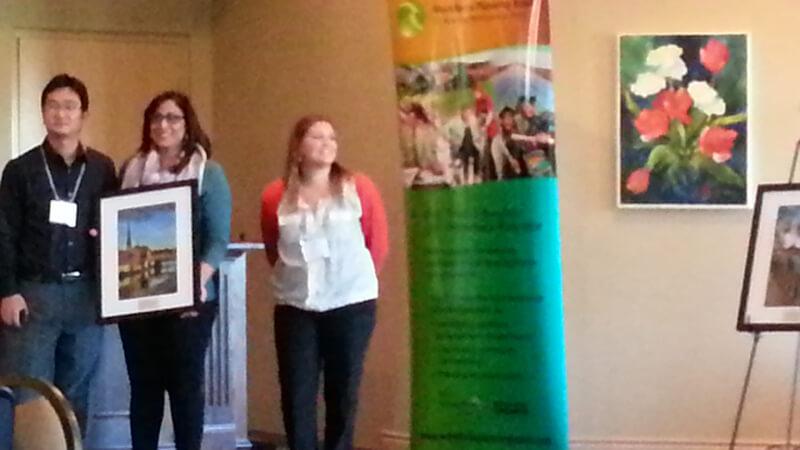 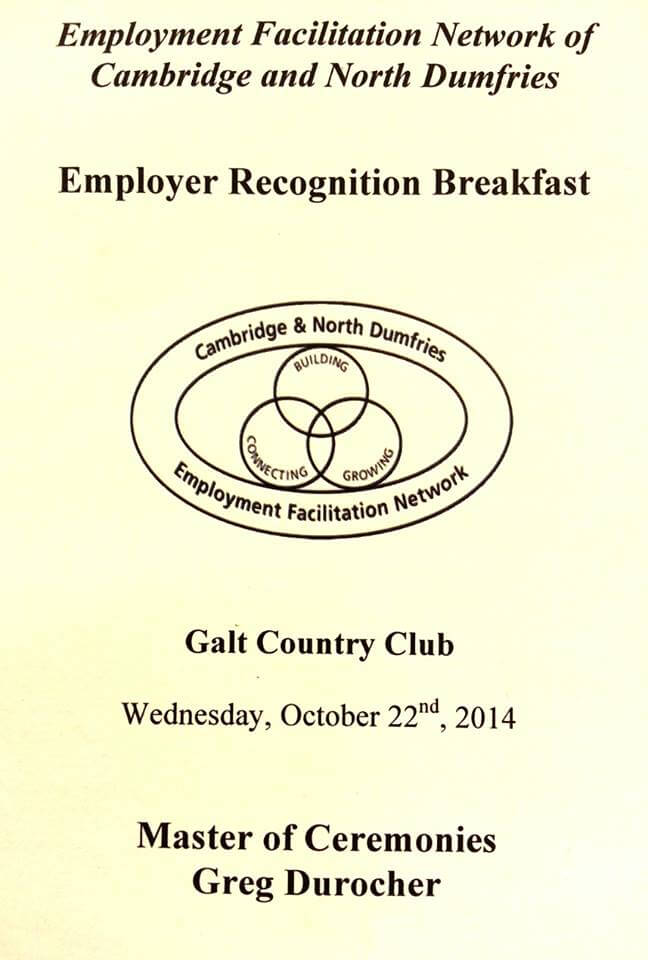 Alex has recently been honored by being selected to create a commemorative painting for the 100th Anniversary of Galt Armoury. Below is a preliminary sketch he created for the upcoming painting.The original will be officially unveiled at the end of November 2013 and there after it will permanently hang at the Armoury.

This painting has also been reproduced as a commemorative limited edition print. The number of prints in this edition will be 100 to celebrate the 100 years milestone. Below is the preliminary sketch. 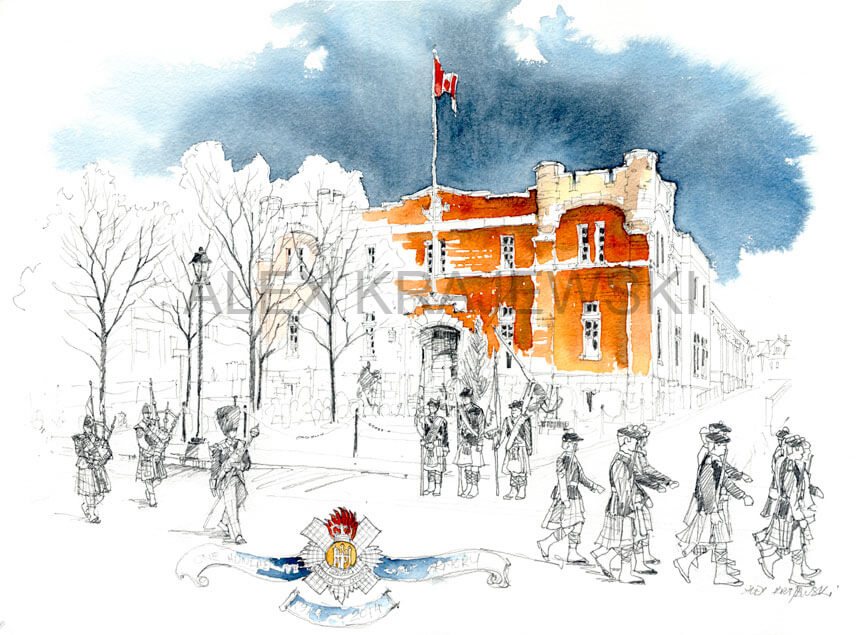 "Cambridge Panorama"
Alex is currently working on a comprehensive,  panoramic view of Galt, Cambridge (view sketches below)
Join us on Facebook to keep track of his progress as we will be posting pictures of the different stages of this painting while it's being completed. 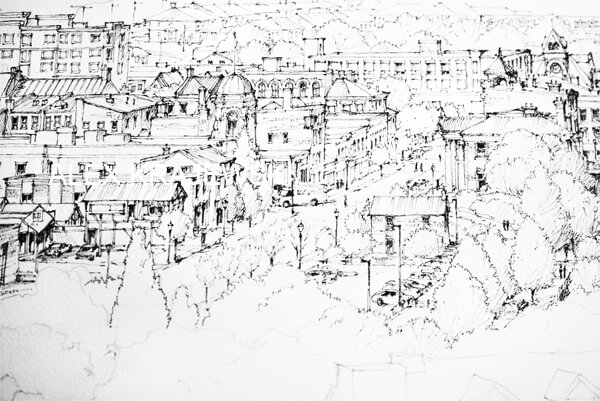 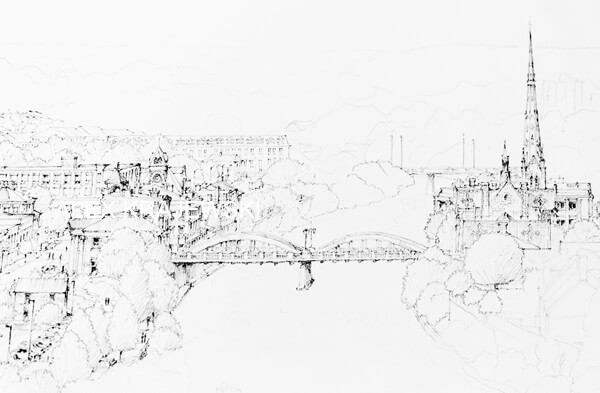 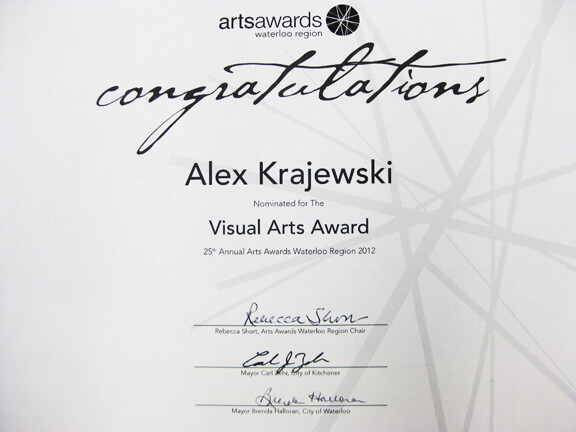 Here is a portion of the email announcing Alex's nomination for  the Annual Art Awards -Waterloo Region 2013.

"Dear Alex: Congratulations!  You have been nominated in the Visual Arts Category for the 25th Annual Arts Awards. The Arts Awards recognize the spectacular artistic talent that thrives within Waterloo Region. Integrity of the Arts Awards is maintained and nominees are assessed by the arms-length Jury based on:

Here is the announcement that accompanied the presentation of the certificate: 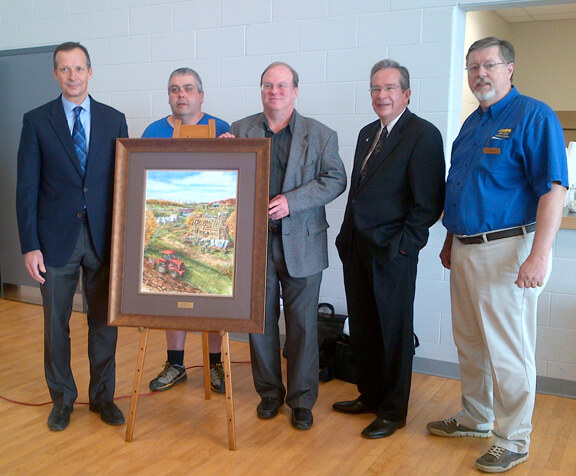 Newsletter Signup
This website and all images ©1991-2020 by Alex and Anna Krajewski. All rights reserved.
No image may be reproduced by any means without the written consent of the artist.